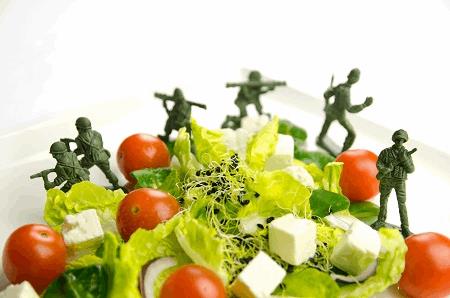 During the next meeting of the ENVI Committee (Committee on Environment, Public Health and Food Safety of the EU Parliament), on 27-28th February, there will be an extremely interesting exchange of views with the EU Commission about the food defense topic.

This is a very very preliminary step and no specific initiative at EU level at the moment is foreseen, but for sure it could be a starting point in that sense.

Here below an extract from the ENVI Committee report, explaining where do we stand now:

The WHO, in 2007, identified intentional food contamination as one of the main global health threats of the 21st century and stated that food has become an instrument for terrorist attacks.

In the European food industry, food defense is a rather new concept, unlike in the USA where the concept of food defense originated and where it is extensively regulated. In the past years, incidents such as terrorist attacks and food fraud have contributed to the development and implementation of food defense systems in at least some Member States.

In the aftermath of the terrorist attacks in 2001 in the US, the “Health and Security Committee” was set up in the EU. This group was given a formal status and assigned specific tasks in 2013, when Decision 1082/2013/EU on serious cross-border threats was adopted. At global level, the Commission also participates in the Global Health Security Initiative on CBRN (chemical, biological, radiological and nuclear) threats, working closely with the WHO and the G7+ states to create a global strategy for preparedness and response to potential health threats.

However, there is no comprehensive regulation of food defense at EU level. In view of the rising importance of the issue, the objective of this exchange of views is to discuss existing EU and Member State policies and to hear the Commission’s point of view in relation to possible EU action in this area.”