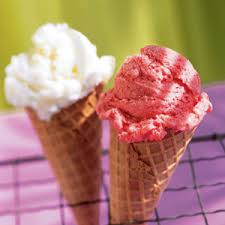 In the absence of European legislation establishing when ice cream can be described as ‘homemade’, it is viewed simply as a product made by companies that use homemade ingredients, with good, but not always excellent, results.
Real ice cream makers seeking certification and precise rules that highlight their professional skills, including the requirement for retail outlets to have their own workshop and for the product to be consumed on the same day (within 24 hours of production), are unhappy about this situation. Another important requirement is for ingredients (especially fruit) to be fresh, although fruit can also be purchased, prepared and stored in a freezer at ‐18 °C and used when needed. The reality, however, is not so clear-cut and the characteristics of ice cream makers can vary considerably. Very few ice cream shops prepare everything in store. Some ice cream makers use a semi-finished product, sold by specialist ice cream companies, which consists of a neutral base without additives and emulsifiers.

In view of the above, can the Commission state whether, under the regulation applicable as from 13 December 2014, the unauthorised or improper use of ‘homemade ice cream’ denominations and labels will be classified as food fraud?

Answer given by Mr Dalli on behalf of the Commission

The Commission would refer the Honourable Member to its answer to Written Question E‐002813/2012.

In the absence of EU provisions regulating ‘homemade’ ice cream production, it is up to the Member States to assess, on a case-by-case basis, the potential misleading character and misuse of such voluntary food information. The same regime applies also under the new regulation on the provision of food information to consumers.

The answer to the Written Question E-002913/2012 exlplains why, at EU, level was decided to leave to Member States the possibility to regulate such voluntary terms. In the final part of the answer, on the other hand, Mr. Dalli admit that a harmonisation could be necessary  on these voluntary terms also, but not for now.

– Is this last sentence  compatible with the approach “case to case” mentioned in the first answer above?

– What is precisely a “case to case” approach? It seems to me that such a term is a little abused by the EU Commission, which also in the Q&A about the Reg. UE 1169/11 talks in a couple of points of this approach (2.11.1 on added water and 2.1.1. availability of mandatory information on prepacked food). This approach could lead to very different implementations of the FIC Regulation in the Member States, with all the consequences on the free movement of goods and on the correct information to consumers.

“During the consultations that preceded the adoption of Regulation (EU) No 1169/2011, there was no consensuson the best way forward to deal with the case of voluntary terms such as ‘pure’, ‘home made’ and ‘authentic’. Given that those terms are linked to national culture and practices, it has been agreed that they should be assessed locally, through national case law or guidance set at national level. The regulation, which will apply from 13 December 2014, enhances however the general requirements applicable to voluntary food information. In particular, it provides that it shall not be misleading, ambiguous or confusing for the consumer and, where appropriate, shall be based on relevantscientific data. In addition, the legislation empowers the Commission to regulate voluntary terms, when they are provided on divergent basis which might mislead or confuse the consumer.

Should there be evidence that there is a need to harmonise the use of certain voluntary terms, the regulation provides the means to do so. However, at this stage, the Commission has no evidence that the lack of harmonisation at European Union level of the term ‘home made’ causes any significant distortion in the functioning of the internal market and confusion among consumers.”