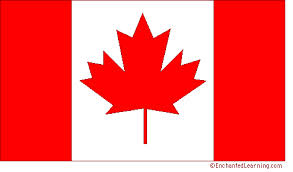 On 18 October 2013, EU and Canada have reached a political agreement on the key elements of the Comprehensive Economic Trade Agreement (CETA). The agreement will remove over 99% of tariffs between the two economies and create sizeable new market access opportunities in services and investment. At a later stage, the agreement will need to be approved by the Council and the European Parliament.

Once implemented, the agreement is expected to increase two-way bilateral trade in goods and services by 23% or €26 billion, fostering growth and employment on both sides of the Atlantic.

The main sector involved, talking about food, are the dairy sector, fruit and vegetables, oils, processed foods and shellfish. On the European side the news has create great enthusiasms, but in Canada the reaction seems to be not the same!

Canadian, in the Joint Study, emphasized that NTBs are a particular irritant with respect to meat exports (beef, pork, etc.) and that specific technical barriers include the EU’s Third Country Meat Directive (requirements for production plant standards and meat hygiene standards) and the EU’s ban on hormones in livestock production.  But, if the meat sector is trying to find a solution to the old disputes, establishing quotas for the import in EU (without hormones…), and the oilseed, wheat and barley producers seem quite happy about the deal, the dairy sector is really upset.

Particular concerns were raised by the EU stakeholders about the licensing requirements and the provisions as regards the casein content of the milk and total protein content of cheese ratios and their definitions.

I am not aware of the technical details, that have to be defined in the final text, but the Dairy Farmers of Canada (DFC) is strongly asking the withdrawal of the agreement, assessing that:

I will forward this post to some friends in Canada for more insights, but I’d love to gather a comment from anyone has more information about this dispute!