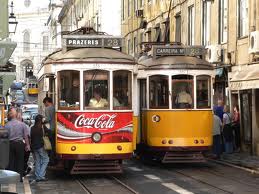 “Thank you again to my friend Francesco Montanari, Food Law consultant in Lisbon, for this insight on Portuguese economic situation.”

One year has passed since when I moved to Lisbon in search of a better climate and new personal and professional challenges. I landed in Portugal probably at the peak of the economic crisis the country is currently living through with tax pressure expected to mount and further budgetary cuts announced. I vividly remember being struck by seeing families shopping in retail stores with a calculator in their hands. That really helped me understand the extent of the crisis more than any figure or financial report.

Recently, the country’s economy has sent some positive signals of recovery. Interestingly, the agri-food sector is one of the industry segments that is contributing more to the growth of the Portuguese economy. In particular, agri-food exports increased, overall, by 7,3% in 2013 as opposed to previous year, while Portuguese exports out of the EU grew even higher (12,1%). These positive trade results draw on a solid public-private partnership that has seen the Portuguese government joining forces with agro-food business operators and with the ultimate objective to overcome technical barriers maintained by non-EU countries on sanitary and phytosanitary grounds.

In this context, over the period 2012-2013 Portugal has resumed or reinitiated negotiations with 51 potential trade partners outside the EU area, including major players such as China, Russia, Brazil, South Africa as well as African and Middle-East countries. Over the same period, 114 different food products have obtained the required approval and certification for export, ranging from fishery products to pork meat, milk and fresh produce. The export value for certain markets is also noteworthy. In particular, the following markets stand out as key markets for Portuguese food and agriculture products:

The list above makes clear that Portugal has designed an export strategy that is tailored-made for the each market being targeted. Although singling out export opportunities primarily lies with food businesses, national competent authorities, including the network of Portuguese embassies operating abroad, have played a major role in facilitating the progressive removal of technical barriers to Portuguese exports. One may well regard the public-private partnership that Portugal has developed over the last couple of years as a far-reaching policy initiative that could inspire other European countries with similar agri-food credentials.