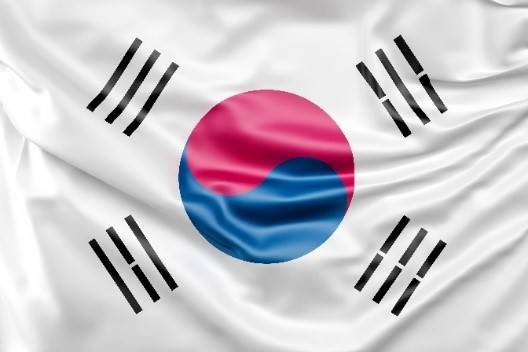 Today we publish a relevant recap by Lorraine Li at ChemLinked

4. South Korea Promulgates the Regulation on Inspection of Imported Food. 2

13. South Korea Consults on the Enforcement Rule of the Special Act on Safety Management of Children’s Dietary Lifestyle. 5

15. End of Sell-by Date, South Korea Rolls out the Use-by Date for Food. 5

On July 1, 2021, the Ministry of Food and Drug Safety (MFDS) revealed a subordinate regulation HACCP Operation Regulation for Imported Food. It details the accreditation requirements, procedure, and investigation. (Read more)

On July 9, 2021, Ministry of Environment (MOE) issued the Guideline on Recycling Symbols and Standards of Labeling Quality, which will take effect on January 1, 2022. The “unable to recycle” label is newly added. The recycling symbol texts indicating the packaging material are revised. (Read More)

4. South Korea Promulgates the Regulation on Inspection of Imported Food

On July 29, 2021, MFDS issued the draft of Food Additive Code. To keep aligned with international categorization method, the authority planned to subdivide the category of Caramel Color into Caramel Colors (4 kinds) and Glycerin Esters of Fatty Acids (8 kinds). In addition, a new category of “concoction” is newly proposed. The sulfite is also permitted to be used as the raw material for manufacturing the glucose. (Read More)

On July 29, 2021, MFDS promulgated the latest version of Health Functional Food Code. The regulation updates the dietary reference intake standard, and modifies the Vitamin A’s conversion factor and daily intake amount. The specifications of oil containing EPA and DHA are clarified as well. The provisions concerning oil containing EPA and DHA is implemented along with the regulation’s promulgation on July 29, 2021. Other amendments will come into effect on January 1, 2024. (Read More)

On July 27, 2021, MFDS published the Special Act on Safety Management of Children’s Dietary Lifestyle. The regulation specifies that the validity period of quality certification of children’s favorite foods can be prolonged to three years when the validity expires. (Read More)

On August 9, 2021, MFDS modified the pesticide residual limit requirements. The standards of 109 pesticides, including Glufosinate (ammonium), Napropamide, Deltamethrin, etc., are revised to keep in line with the updates in Pesticide Control Act. (Read More)

On August 10, 2021, MFDS permits HMR (home meal replacement) food to use meat, eggs, or other livestock sourced materials as the main raw materials in the latest version of Enforcement Decree of the Livestock Products Sanitary Control Act. Previously, the product should be registered as a livestock product when containing over 60% livestock materials. The provision about registering new business dealing with the HMR food is brought out along. (Read More)

13. South Korea Consults on the Enforcement Rule of the Special Act on Safety Management of Children’s Dietary Lifestyle

On August 11, 2021, MFDS released the draft of Enforcement Rule of the Special Act on Safety Management of Children’s Dietary Lifestyle. The draft mainly proposes simplifying the application process for prolonging the validity period of children’s favorite foods’ quality certification. Besides, nutrition information of children’s favorite foods is to be disclosed to provide the consumers with more safety information. (Read More)

On August 17, 2021, MFDS revised the Imported Food Act. The Act introduces a new concept of “directly purchased overseas food products” and establishes the legal basis for publishing the risk information of such products. The Act also permits conducting the contactless inspection of foreign facilities under special situations such as infectious disease pandemics. (Read More)

15. End of Sell-by Date, South Korea Rolls out the Use-by Date for Food

On August 17, MFDS updates the Food Labeling Act to replace the sell-by date with the use-by date. The provision will be enforced on September 18, 2021. The authority introduced the new date labeling method to reduce the food waste, as lots of food are still safe to eat after the expiration date. A grace period is given for the imported food till January 1, 2023, as stipulated in Imported Food Act (Act No. 18445).

On August 27, 2021, MFDS announced that they would accept the electronic sanitation certificate for import declaration of Australian meat products after September 1, 2021.

The export sanitation certificate is a mandatory certificate for import declaration agreed between the exporting country’s government and the Korean government. It was required to submit the original copy. However, as Australia exports the second most meat products to South Korea, the authority intends to accept the sanitation certificate in electronic form, in an effort to increase convenience and reduce paper waste. (Read More)

On September 7, 2021, the Ministry of Food and Drug Safety (MFDS) unveiled the latest version of Standards and Specifications for Utensils, Containers, and Packages. It permits recycled PET materials to be used for manufacturing food utensils, containers, and packages. The usage standard of recycled PET material is also specified for safety control. Additionally, a new concept of functional packaging is introduced. The synthetic resin materials are grouped into nine categories. (Find more at ChemLinked News)

On September 9, 2021, MFDS published the revised Enforcement Rule of Imported Food Act. As the on-site inspection of foreign food facility is permitted to be conducted remotely with electronic devices such as AR smart glasses, the Rule specifies the method of the bidirectional visual communication for the real-time inspection. (Read More)

On September 10, 2021, MFSD issued the draft of Countries (Regions) Allowed for Import of Livestock Products and Import Sanitation Requirements to solicit public opinions. The draft adds the Home Meal Replacement (HMR) food as a new type of livestock product in accordance with the amendments in Livestock Product Sanitation Control Act. Besides, dairy products from Latvia and Slovakia are to be permitted to export to South Korea. Opinions can be sent to MFDS prior to September 30, 2021. (Read More)

On September 17, 2021, MFSD released a draft of Imported Food Act for public opinions. The authority initially drafted the food safety control of overseas food purchased directly by consumers. The draft proposed to ban the import of food containing risk or hazardous raw materials. An inventory is to be established and publicly noticed. Additionally, the amendments about the “good importer” standard and inspection requirement are modified.  (Read More)

On September 27, 2021, MFDS rolled out the draft of HACCP Operation Regulation for Imported Kimchi. This regulation is to specify the necessary matters for foreign food facility’s HACCP certification. It outlines the details regarding the cooperation between the government of the exporting country and Korean authority, the certification procedure, inspection and evaluation. (Read More)

The Draft No. 2021-464 mainly outlines the specification and test method of krill oil. It respectively specifies the linolic acid and myristic acid of krill oil as “less than 3%” and “5~13%”. Other proposed amendments include the cheese product’s terminology and grading standard, the veterinary drug’s test method, and the pesticide’s maximum residue limit.

Draft No. 2021-465 mainly proposes to modify the standards and specifications of 109 kinds of pesticides.

On September 30, 2021, MFDS unveiled a notice to solicit public opinions about the changes in the Regulation of Harmful Material Residue Limits in Agricultural Products during Production Stage. It mainly proposed to add the Maximum Residue Limits (MRLs) of Azoxystrobin and other 13 pesticides and amend the MRLs of Boscalid and other 28 pesticides. Additionally, the applicable standard of pesticide dissipation rate constant is proposed in the draft. (Read More)