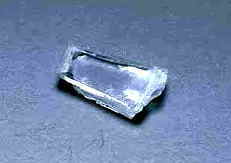 This week on the RASFF database (Rapid Alert System for Food and Feed) we have two recalls from consumers in EU in the alert notification:

– Allergens: undeclared milk ingredient and soya in biscuits, following company’s own check. Origin and notification from the United Kingdom, distributed also to Ireland;

– Industrial contaminants: high content of benzophenone in gluten free muesli and porridge, following an official control on the market. Origin and notification from Ireland, distributed also to Malta and United Kingdom;

Regarding border rejections we have, among the others, Salmonella in frozen poultry meat preparations from Brazil and in frozen clams from Vietnam. Aflatoxins in  unshelled pistachios, hazel nuts and dried figs from Turkey, in peanuts in shell, groundnut kernels and blanched groundnuts from China and in pistachio nuts from Iran. Shigatoxin-producing Escherichia coli in chilled beef from Brazil, norovirus in chilled clams from Tunisia, high count of Escherichia coli in frozen baby clam meat from Turkey, pesticide residues in grape leaves in brine from Turkey, dead insects in pistachio nuts from the United States infested (black and green moulds) and in raisins from India (black moulds). Dimethoate in flowers of limetree Tilia Tomentosa from Albania and in oranges from Egypt, carbendazim in artichokes from Egypt, formetanate in fresh peppers from Turkey and acephate in basmati rice from India. Histamine in sardins in oil from Indonesia, absence of health certificate(s) for fish oil (cod liver oil, colostrum) from the United States and E 223 – Sodium metabisulphite unauthorised in coconut milk from Thailand.

For feed, we have border rejections for foreign body (dust) in organic maize from Ukraine, infested with moulds, and for Salmonella spp. in fish meal from Mauritania.

For food contact materials we have border rejections for too high content of chromium in plastic peeler with stainless steel blade from China and from barbeque sets from China (via Hong Kong). Deterioration of organoleptic characteristics (pungent odour) of food in contact with plastic graduated jugs from China.