DG Agriculture and Rural Development of the European Commission has just released a study on the ‘State of play of agricultural interbranch organisations (IBOs) in the EU’ in the context of the current Common Market Organisation under Regulation (EU) No 1308/2013.

Arcadia International together with Wageningen University and a network of national food lawyers (including me and my dear friend Francesco Montanari) performed this study for the Commission. The study provides a detailed overview of national legislation on IBOs as well as an analysis of the sectors in which IBOs have been established so far and their activities. This would not have been possible without the cooperation of all stakeholders surveyed and interviewed during the study to whom we are very grateful!

The full report and annexes can be downloaded HERE.

Some findings extracted from the executive summary:

The national legislation of most Member States provides for the possibility for IBOs to conclude agreements, decisions and concerted practices, provided that they do not breach the provisions of Regulation (EU) No 1308/2013.

Article 164 par. 1 of Regulation (EU) No 1308/2013 allows Member States to extend agreements concluded within an IBO to other operators that are not members of that organisation and that act within its economic area(s), as long as the IBO is considered to be representative of the production, the processing or the trade of a given product. Furthermore, in accordance with Article 165, when an IBO agreement has been extended, Member States may also decide that non-members, which benefit from that activity, are subject to the payment of all or part of the fees intended to cover the costs directly occasioned by the activities undertaken by the IBO in the general economic interest of the sector.

Member States with national legislation on IBOs but with no IBO recognised: Currently, IBOs are formally recognised only in France, Greece, Hungary, Italy, the Netherlands, Portugal, Romania and Spain. The reasons for the lack of recognitions in the remaining 11 Member States vary and include, for instance, the lack of awareness about IBOs, the preference for other organisational structures, the lack of funding opportunities, distrust towards vertical cooperation in the food supply chain, due to historical reasons, as well as the administrative burden associated with their establishment. Likewise, in certain Member States, the slow uptake and the relative weakness of producer organisations recognised under Regulation (EU) No 1308/2013 at national level is regarded as a factor that justifies the current lack of recognised IBOs.

Member States with no legislation on IBOs in place: 9 Member States, namely Denmark, Estonia, Finland, Ireland, Luxembourg, Lithuania, Sweden, Slovenia and the United Kingdom have currently no national legislation for IBOs. The reasons are similar to the above mentioned.

The number of IBOs in the European Union has increased from 56 IBOs in 1990 to 123 (119+4) in 2016. The recognition of additional ones is planned during the second semester of 2016 (fruits and vegetables and floriculture in the Netherlands, fruits and vegetables in Spain, banana in France, and 2-3 additional ones in Greece). In the 1980- 1995 period growth was mainly observed in France. Since then the growth occurred in 7 other Member States (Greece, Hungary, Italy, the Netherlands, Romania, Portugal, and Spain). More than half of the recognised IBOs are located in France (63) for 60 located in the other 7 Member States (7 in Greece, 6 in Hungary, 3 in Italy, 27 in Spain, 7 in the Netherlands, 5 in Romania, and 5 in Portugal). Most of the IBOs have a national scope (85 out of 123). Regional IBOs are present in only 2 MS (France with 36 regional IBOs in mainly the wine sector, and Spain with 2 regionally recognised IBOs in Andalusia). There are, at the moment, no transnational IBOs at EU level.

The study shows that the main three objectives of IBOs are:

 First, improving knowledge and transparency of production and the market;

 Secondly, promoting consumption on internal and export markets; and

 Thirdly providing information and perform the necessary research to innovate and secure quality of the products.

IBOs are confronted with several challenges: The first main challenge is linked to the concerted management of interests of the different actors in the supply chain. The organisation of dialogue has to be preceded by a pre-condition, which is the clarification of the interests of the different categories of supply chain actors involved and the construction of a common position. In addition, analysis of the history of IBOs shows that the success of dialogue between supply chain actors within the IBOs is partly determined by the role that public authorities play. Another challenge is related to the demand of more transparency in the IBOs governance and procedures.

The assessment of success and consequently the benefits arising from IBOs have to be considered carefully as the realisation of benefits is not shown in all cases due to the variability of organisations and governing principles. Complexity is added by the very nature of mostly intangible or soft benefits that can neither be measured nor quantified explicitly.

Additionally, this platform creates a focal point for policy dialogue with government and public authorities. Public authorities also benefit from the presence of IBOs in the supply chain in emergency and crisis situations. IBOs have therefore a specific role for the supply chain as an entry point for Competent Authorities. When an IBO represents all the stages of the chain it covers (because extension is systematically applied), authorities can use it as an entry point for implementing dedicated measures, proposing the delegation of tasks, and therefore the transfer of costs to the private sector.

In some cases, the possibility to extend food safety or plant health mandatory measures to all actors of a given agri-food sector provides a robust and immediate response to food safety emergencies and crisis.

Supply chains benefit from IBOs activities as regards the collection and dissemination of technical and economic knowledge. IBOs are centres of expertise which collect technical and economic data, discuss the findings and then make available this knowledge to their members (and often also to non-members). The presence of an IBO in the supply chain allows for a fairer distribution of risks and profitability.

IBO: tools for the development of supply chain?

IBOs may play a key role in the functioning of the supply chain, and therefore in developing the food supply chain for the benefit of all actors. However, the vertical cooperation model cannot ensure such developments by itself alone. It is in fact only one amongst the tools that could be implemented in the supply chain. In several MS in which no IBOs are recognised, other types of vertical cooperation exist, according to the description of the current landscape. There is quite a diversity of situations, which might be seen as a sign of adaptation to national situations.

To obtain the benefits of interbranch organisations, components of the legislation (especially possibility of extension of rules and financing) and the conditions of success presented above must be implemented, even if these prerequisites do not provide guarantees of effectiveness. Effective participation of members and real commitment to collaborating must be present. Moderation by public authorities in stakeholders’ discussions and disputes could also be seen as a factor of sustainability.

Even if the number of IBOs continues to grow at a regular pace, the full implementation of the “IBO concept” – i.e. the full use of legislative provisions, including extensions of rules and financing to non-members, and the establishment and establishment of close relationship between all actors being economic actors, other stakeholders and public authorities – is still under development. A majority of Spanish and Romanian IBOs have benefitted from national funding via subsidies at recognition. However, they currently suffer from lack of funding as subsidies have been stopped and no extension of rules is in place to date. 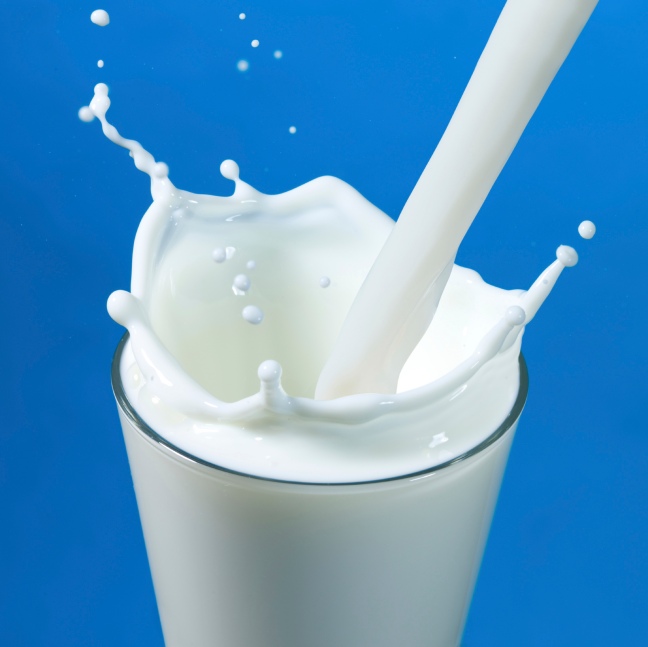 In this report is considered milk and milk as ingredients in dairy products. The types of meat concerned are fresh and frozen meat from horses, rabbits, reindeer and deer, from farmed and wild game, as well from birds other than chicken, turkey, ducks, geese and guinea fowls.

Also in this case, the most recommended option is voluntary labelling.

Here’s the conclusions of the report:

“Currently for the foods under the remit of this report consumers may, if they so wish, opt for milk or meat products where origin information is voluntarily provided for by food business operators. This can be a suitable option without imposing additional burden on the industry and the authorities. Mandatory origin labelling would entail higher regulatory burden for most of the products assessed in the report and therefore, the question at stake is to assess whether the balance between costs and benefits is such that it would justify its mandatory indication.

Additional findings that emerge from this report are that:

– In spite of a consumers’ interest for the origin of milk, milk used as an ingredient in dairy products and for meats under the remit of this report, consumers’ overall willingness to pay for this information appears to be modest.

– When mandatory origin labelling scenarios are considered, consumers seem to express preference for this indication to be made at Member State’s level.

– Although the cost of labelling the origin of milk could be generally modest, its impact among operators will be uneven with some of them having to introduce additional traceability systems with substantial increases of costs, particularly those located in border regions or in areas non-self-sufficient in milk.

– The study shows that the mandatory origin labelling of milk used as an ingredient in dairy products can result in adverse economic impacts, further 14 traceability requirements and would be burdensome for highly processed products.

– There will be additional operational costs to impose mandatory origin labelling for the meats under the remit of this report.”

As often in these cases we face the so called “consumer’s paradox”: they want more and more information, but they are not ready to pay more for having them…