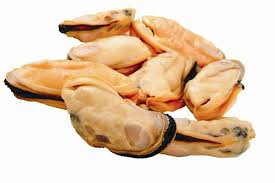 This week on the RASFF database (Rapid Alert System for Food and Feed) we have two recalls from consumers in EU in the alert notification:

– Allergens: undeclared sesame in flavouring, following an official control on the market. Origin Czech Republic (via Poland), notified by Slovakia;

– Pathogenic micro-organisms: too high count of Escherichia Coli in live mussels, following an official control on the market. Origin Greece, notified by Italy;

We have also a seizure of choline chloride 60% corn cob from China for unauthorised genetically modified (Bt63) rice. Notified from Bulgaria.

Regarding border rejections we have, among the others, Salmonella spp. in frozen poultry meat and turkey meat preparation from Brazil, in sesame seed from India and in paan leaves from Bangladesh. Norovirus in frozen, cooked and boiled clams, cooked  from Vietnam. Aflatoxins in pistachio nuts and in pistachio kernels from Iran, in pistachio nuts from Turkey and in blanched peanuts from China. Groundnuts in shell from Egypt infested with moulds and dead insects and excrements of insects in dried raisins from India infested with moulds. Absence of health certificate(s) for groundnut chikki from India and for nougat with pistachios from Iran. Fenitrothion in olives from Egypt, formetanate in chilled sweet peppers and fresh peppers from Turkey and clofentezine in peppers from Turkey. Spoilage of chilled white grouper from Senegal, unauthorised substance sibutramine in slimming coffee from Thailand and United States, unauthorised placing on the market (Bidens andicola, Chuquiraga jussieui, Equisetum bogotense, Equisetum giganteum, Lasiocephalus ovatus, Piper carpunya and Tropaeolum tuberosum) of herbal infusions from Ecuador, tebuconazole, tolfenpyrad, flonicamid, flubendiamide, diflubenzuron and chlorantraniliprole and unauthorised substance dinotefuran in green tea from Japan, lufenuron and hexaflumuron in green tea from China and cadmium in frozen octopur.

For feed, we have an alert notification, followed by a withdrawal from the market:

For food contact materials we don’t  have any important notification this week.