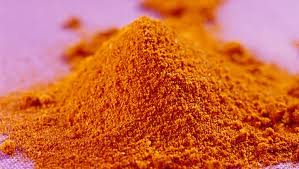 This week on the RASFF database (Rapid Alert System for Food and Feed) we have one recall from consumers in EU, following an alert notification:

In Italy we have also a seizure of chilled vacuum packed swordfish loins for presence of heavy metals (mercury). Origin Spain.

Regarding border rejections we have, among the others, aflatoxin in roasted pistachio nuts and in dried lerida figs from Turkey, in blanched groundnuts from Nicaragua, in peanuts, in chilli powder and in groundnut chutney from India, in almonds without shell from Australia and in raw shelled peanuts from Brazil. Salmonella in frozen clams from Vietnam and in paan leaves from Bangladesh. Absence of health certificate for sunflower oil from Ukraine and spicy peanuts from China. Norovirus (group II) in chilled clams from Tunisia, shigatoxin-producing Escherichia coli in chilled beef from Brazil, parathion-methyl  in chickpeas from India, carbendazim, flutriafol and flubendiamide and unauthorised substance dichlorvos in fresh mint from Morocco, benzalkonium chloride (BAC) in chilled eddoe from Costa Rica and prohibited substance nitrofuran (metabolite) furazolidone (AOZ) in frozen shrimps from India

For feed we have an alert notification, followed by a withdrawal from the market, of dog chew for presence of Salmonella Infantis (pathogenic micro-organisms). Origin Poland, notification from Sweden.

For food contact materials we have border rejections for migration of nickel from stainless steel wine opener set and for migration of formaldehyde from melamine dishes and tumbler from China.