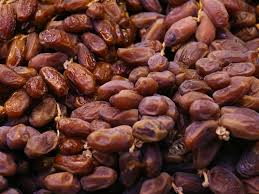 This week on the RASFF database (Rapid Alert System for Food and Feed) we have two recalls from consumers in EU, following an alert notification. Italy is not doing well this week…

Between the  information for follow-up, we have another recall:

– Mycotoxins: ochratoxin A in garlic powder, following an official control on the market. Origin India, notification from Netherlands, distributed also to Poland, France and Hungary;

– Pathogenic micro-organisms: Salmonella spp. in spices mix, following an official control on the market. Origin of the raw materials unknown, packaged and notification from France, distributed also to Belgium;

In Belgium we have also a seizure of chilled chicken fillets for a suspect of fraud related to indication of origin. Origin Belgium, distributed also to Netherlands.

Regarding border rejections we have, among the others, Salmonella Heidelberg in frozen marinated chicken and in frozen salted chicken breast fillets from Brazil, Salmonella group C1 in frozen salted chickenbreast fillets from Thailand and Salmonella spp. in frozen clams from Vietnam. Aflatoxins in unshelled pistachios, pistachio bars, hazelnut kernels and in roasted mixed nuts from Turkey, in pistachio nuts from the United Sates, in raw peanuts without shell and blanched peanuts from Brazil, in almonds from Australia and in blanched peanut kernels from China. Thawing of and unsuitable means of transport for bulk frozen sepia from India, chloramphenicol in frozen red swamp crayfish from China, poor temperature control of frozen tuna loins from the Philippines and of frozen hake from Argentina, parasitic infestation with Anisakis of chilles mackerels from Morocco. Unauthorised irradiation of ginkgo biloba extract from China, imidacloprid and unauthorised substance diafenthiuron in chinese green tea from Hong Kong, profenofos and tebuconazole in centella from Sri Lanka, Salmonella spp., profenofos and triazophos in curry leaves from India, parathion-methyl in chickpeas from India, formetanate in fresh peppers from Turkey, monocrotophos in okra from India, unauthorised substance carbofuran in aubergines from the Dominican Republic and unauthorised substance dichlorvos in oloyin beans from Nigeria.

For feed we have border rejections for Salmonella spp. in dog chew from India, aflatoxins in groundnut kernels for birdfeed from Sudan, too high count of Enterobacteriaceae in fish meal from Chile, Salmonella Braenderup in roasted guar meal from India.

For food contact materials we have an alert notification, followed by a recall from consumers, for migration of cadmium and lead (heavy metals) from glasses. Origin China (via Netherlands), notification from Poland.